Dale Coyne Racing enters its 38th year of competing in American open-wheel racing. Team Owner Dale Coyne, a Midwestern entrepreneur who designed and built Route 66 Raceway and Chicagoland Speedway in Joliet, IL, is known for taking on young drivers and mentoring them in the early stages of their careers. The team has claimed multiple victories, most notably, winning back-back races at the Grand Prix of St. Petersburg in the past few years.

Dale Coyne Racing has a long and storied history in Indy car racing. Starting in 1984 as an owner/driver, Dale Coyne ran seven seasons in CART. In 1990, he focused his efforts on the tutelage of several up-and-coming drivers. In July 2009, the team celebrated its first win with Justin Wilson at Watkins Glen. Wilson would also win at Texas Motor Speedway in 2012, and Mike Conway added a third in the first race of the 2013 Belle Isle doubleheader weekend. 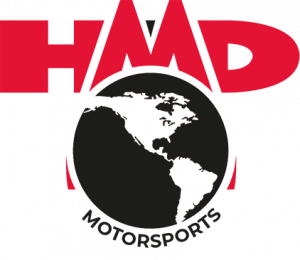 HMD Motorsports joined the Road to Indy Presented by Cooper Tires in 2017 and quickly made their mark as a front running team. Over the course of the past three seasons, the team has racked up numerous race wins, podiums, pole positions and track records across the three RTI ladder programs.

Joining the Cooper Tires USF2000 Championship in mid-2017, the team has continued to grow through all three rungs of the ladder series, expanding into Indy Pro 2000 in 2018 and into Indy Lights in 2019. In just three short seasons, HMD Motorsports has become an established front running team, going head-to-head and competing for wins in all three levels.

Halfway through the 2019 season, HMD Motorsports began a complete team overhaul beginning with moving shop to the Indianapolis, Indiana area. Continuing to round out their crew, HMD Motorsports has brought on several highly experienced personal, including team engineers Yancy Diotalevi, Nathan Toney and Mark Weida.

Retiring their USF2000 and Indy Pro 2000 entries, HMD Motorsports turned their focus towards the upper tier of the Road to Indy Ladder Program. Looking to have a minimum of three Indy Lights entries in the 2020 season, the team decided to partake in the FR Americas program in 2020 after the cancellation of the Indy Lights season. While in FR Americas, the team claimed seventeen podiums.

Returning to the Road to Indy for the 2021 season, HMD Motorsports made their official debut as a rookie team since their complete rebuild. HMD Motorsports immediately became a frontrunning team with ten wins and thirty-three podiums and ultimately claimed the Team Championship title.

A growing success, HMD Motorsports is committed to a long future in the Indy Lights Championship as they continue to help drivers in their path to the NTT INDYCAR Series.